It happens when nobody is watching

Back in 2009, Amnesty International had installed an anti-domestic-abuse ad fixture in Hamburg, Germany which was equal parts clever and shocking: when you look at the photo, it’s a smiling couple; when you look away, it’s a dude punchin’ a lady. 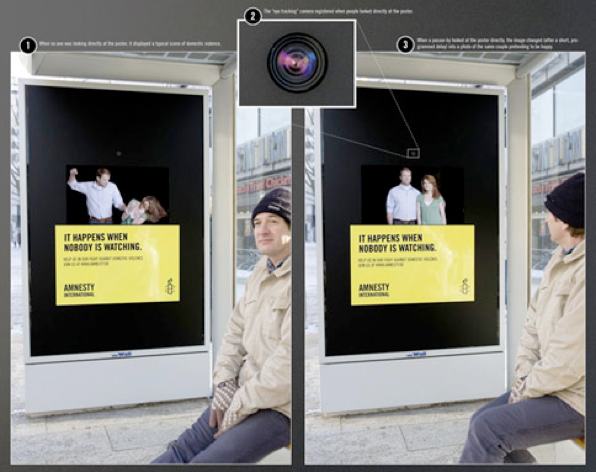 And it happens when everyone is watching

When the above was a fantastically effective concept, and a brilliant use of technology. Kind of sad, then, that it probably was award bait, and doomed to be a lone installation, according to copyranter. The current recruitment effort, I came across via an entry by Roland Kühl v.Puttkamer on Werbeblogger, is likely to upset Cindy Gallop.
Jung von Matt enjoys a reputation of being Germany’s most creative ad agency, whilst a role model we better not be following, if we ever want to bring sexy back to our ad trade.