Why get stuck with one problem when there are many more to solve? 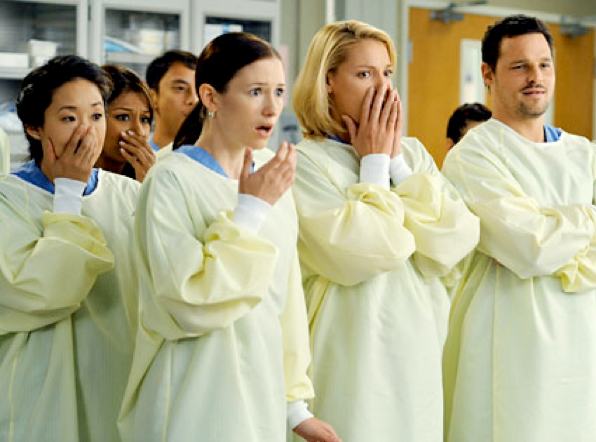 Grey’s Anatomy won’t waste the audiences time, a series of human issues, typical for a hospital’s work environment, quickly gets introduced only to be resolved in often surprising ways after a couple more cuts.

More often than not, solving one issue will also solve another unrelated issue. Regardless, the story telling steadiy unfolds at a speed the audience is comfortable with, without ever getting stuck in a single issue or scene.

Unlike German tv where in comparison the audience is stuck in solving a single issue much like a miniature pinscher lock jaws in the postman’s trouser legs.

An entire episode, be it drama or talk show concentrates on a single issue and won’t let go for 45 minutes, until a visit to the emergency ward becomes neccessary.