Who gives a crap

Ubiquitous competition for attention has marketers experiment these days to get their hands around something of relevance to offer for the changes in consumer behavior.

Bonds will gladly be borrowed from the marginal groups and former outsiders.

Markus Weber, a columnist of the German advertising trade magazine WuV reports that an increasing number of brands now place their bets on “antibrand” as viable solution:

For anticompliant brands make the sender interesting and signal unconventionality.

In looking back at my own good life in advertising, I recall a recruitment ad by one leading creative agency back here, by which they searched for creatives with a knack for bad taste. Creatives often belief it to be their challenge of aesthetics to double as educators. The task at hand however is to fully learn to comprehend prospects behavior and make design disolve in behavior, that of buying. Where the rubber meets the road.

A friend and former colleague tried to help me get my hands around “inverted psychology‟ and make use of it.

Decades, even further back in time, I witnessed something so astonishing, it never skipped my memory.
It occured with the arrival of the sailing yawls for a regatta at the once Royal Bavarian Yachtclub at a time when Wittelsbacher bluebloods and rather particular people congregagtes at the club. The wooden yawls where custom made and when two redheaded siblings pulled the per­sen­ning off the dinghy still on its trailer, we couldn’t believe our eyes. The siblings had the name of their regatta yawl (Korsar) printed in large flueorescent orange letters along the entire length of its darker than light blue body:

A big bang illuminated by the bright sun, immediately did its effect. And none of the wealthy civic sons had thought of such a thing, let alone have they ever witnessed such attention-grabbing occurrence ever before. No social uproar, witnesses acknowledged the siblings creative idea in awe. 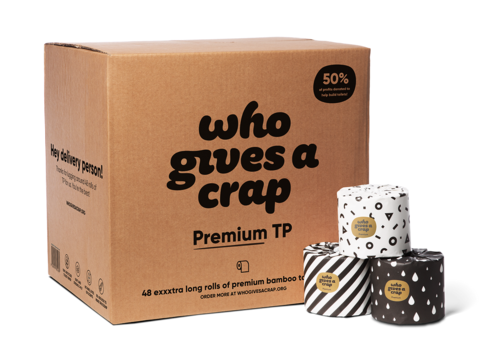 Premium TP
Australians no longer want to participate in the littering of our world and invest in brands that help avoid it.