Quartz’ Lucas Reilly obsessed over editorial design. And I got to discover my first twitter moment. This was sparked by Bob Nicholson, an expert in Victorian newspapers and a professor at England’s Edge Hill University, who politely request that film makers stop putting massive headlines on Victorian newspapers.” In the following some excerpts from Bob Nicholson’s twitter moment. 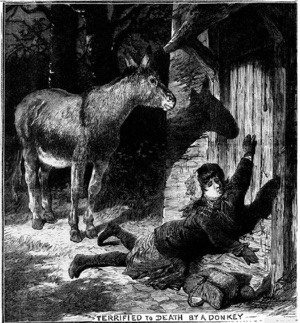 Illustrations first began appearing regularly in newspapers around the 1830s and 1840s. Sometimes those pictures—like this one from Illustrated Police News—told a story better than any headline. (With digital came the final victory of images over text, while content was named king.)

I know these props serve a convenient narrative purpose, but media history matters too! The ‘newspaper’ as we know it evolved, piece-by-piece, over many centuries and went through countless transformations on the way.

If we imagine the ‘newspaper’ as an unchanging institution that looked much the same in 1843 as it does today, then the imminent death of print journalism looks apocalyptic; but the migration to digital isn’t an ending, just another chapter in a long story.

While we’re here, I should point out that not *all* Victorian newspapers looked like a wall of text. Some weeklies like the Illustrated Police News (low-brow, crime, sensation) and the Illustrated London News (high-brow, news, culture, etc) looked rather different…

Publisher or brands want to own a platform but end up with a indistinguishable website resembling a vendor’s tray.

Turns out, Victorian newspapers are incorrectly portrayed in films