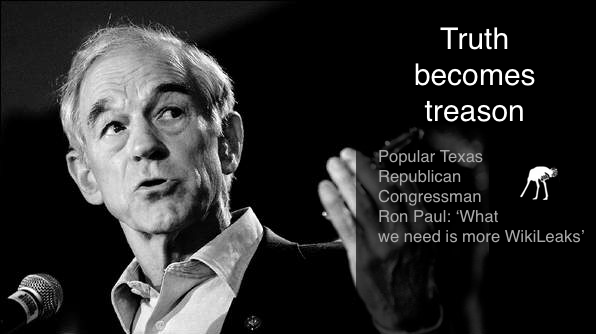 
As seen from abroad, what leaked from wikileaks were the populist profiles from the cables welcomed by press and tv news as something to chat about in tabloid style. ‘Teflon Merkel’ as much as the other profiles, were regarded as just and fitting analysis with very little grain of salt.
[/column]
[column width=”30%” padding=”3%”]

Much like in the US, not German newsmagazine Spiegel, who broke the news first, was the culprit, wikileaks was.

Speaking marketing for close to all parts of my life, publicness and transparency has long become the epic center of winning or losing trust with consumers and the general public. And little has been done to throw the switch, leverage transparency, be done and move on.
[/column]
[column width=”36%” padding=”3%”]
Great to get some down to earth, common sense from Texas these days.