This is not back to the future 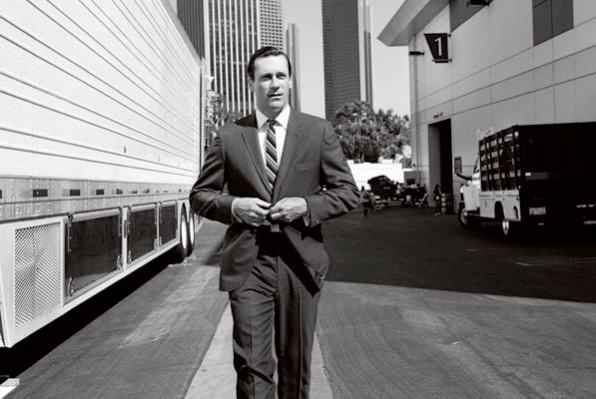 Good to be back

My least favorite TV series that I never miss an episode of has returned.

The return of the retro, sixties adworld series with its fifth episode of Madison Avenue glitz amc, had Newsweek retrofit its current edition.

Meanwhile advertising had become more interesting than ever, having to transform in context to the democratization process of brands and consumers waving goodbye to behavior in pre-digital times. All of which makes for far more exciting stories than does looking behind in awe of tinted fashion and dorky nostalgic behavior of mad men back then, regardless of the more insightful demonstration of boy-girl relationship.

A myth that will stay with us for decades like a silent fart in a room with no windows and without air-conditioning.

“We must disentrall ourselves, and then we shall save our country.” as Abraham Lincoln said once before.

Old war stories with pomp and circumstance of a long gone media age versus the sparkling mirror halls of today’s public relations, in which everyone pictures everyone else making it worth while and obligatory to get your hands dirty again.

Today it’s the cult of done or done done as Craig Bryant would like to have it called, that makes our lives lively.

Matt Nel­son from Tri­bal DDB wrote this blog post that seems to be get­ting a lot of atten­tion: “For­get ‘Mad Men’ – Now Is The Gol­den Era For Advertising”.

BUT IS IT TRUE, I hear you ask? Is the Gol­den Age really upon us?

As some­body who wor­ked in the ad busi­ness at the very tail end of the pre-Internet, Mad Men era, I would say “Yes”. For all the rea­sons Matt men­tions. Being a Mad Men-era per­son was actually a lot less fun and inte­res­ting than TV makes it out to be.

So the next ques­tion is, how is this new “Gol­den Age” actually going to hap­pen? What will they actually have to DO, for this Gol­den Age to actually exist?
The ans­wer, of course, isn’t about the “Media”, social or other­wise. It’s about the “Make”.

It’s about what you’re going to have to create at the gra­nu­lar level.

And what you’re going to have to create, of course, are Social Objects.

Which is why me and the team are in that busi­ness. Rock on.

Now all that is a gaping void gig, I have a start-up of my own, but we’ll get to that.