This is how back to the future may work 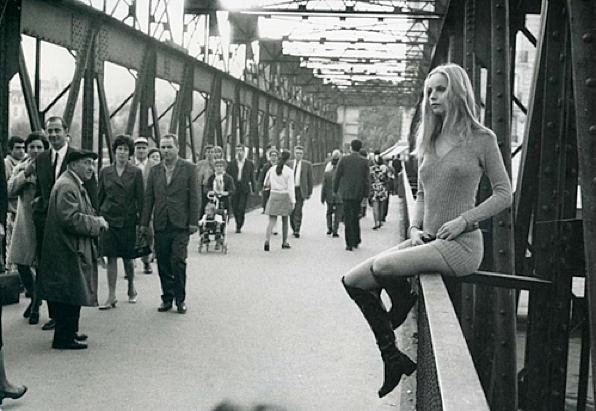 Paris 1967 via this isn’t happiness

Here’s an excerpt from Hugh MacLeod’s latest and perhaps most serious gaping void gig with greater insights, why advertising today is so much more exciting than even watching Mad Men:

Matt Nel­son from Tri­bal DDB wrote this blog post that seems to be get­ting a lot of atten­tion: “For­get ‘Mad Men’ – Now Is The Gol­den Era For Advertising”.

BUT IS IT TRUE, I hear you ask? Is the Gol­den Age really upon us?

As some­body who wor­ked in the ad busi­ness at the very tail end of the pre-Internet, Mad Men era, I would say “Yes”. For all the rea­sons Matt men­tions. Being a Mad Men-era per­son was actually a lot less fun and inte­res­ting than TV makes it out to be.

So the next ques­tion is, how is this new “Gol­den Age” actually going to hap­pen? What will they actually have to DO, for this Gol­den Age to actually exist?

The ans­wer, of course, isn’t about the “Media”, social or other­wise. It’s about the “Make”.

It’s about what you’re going to have to create at the gra­nu­lar level.

And what you’re going to have to create, of course, are Social Objects.

Which is why me and the team are in that busi­ness. Rock on.