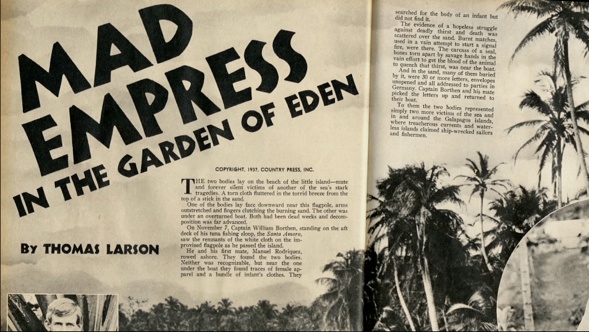 „Revolution on a pacific island. Woman anointed herself an empress!” 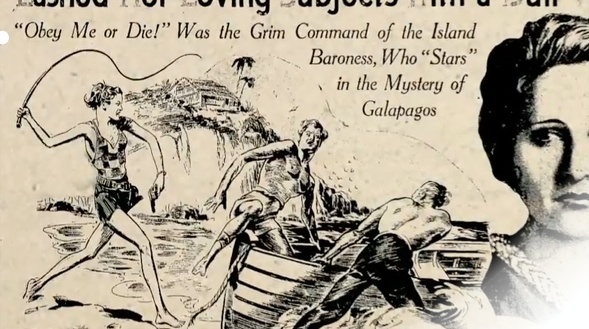 With just nine inhabitants — including a bitter German doctor, a haughty French baroness and a family of social exiles — the island of Floreana becomes a Clue-worthy backdrop for conflict and murder in “The Galapagos Affair: Satan Came to Eden.” Source 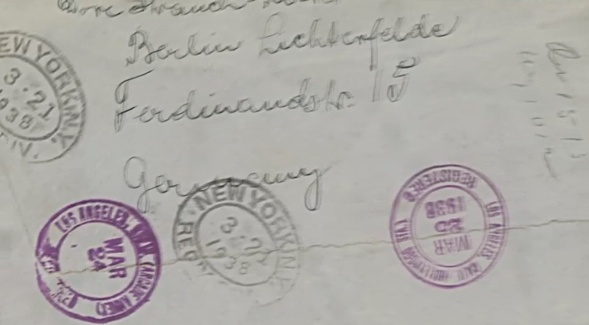 Apparently all it takes for Trouble in Paradise is two groups — there’s a Nietzschean couple vs. a more homely family unit — but when the bizarre menage-a-trois of a self-styled Baroness and her two boy toys move in, all hell breaks lose, ending in mysterious disappearances, apparent murder and death by misadventure.

The Velero III droped anchor off the northern end of Marchena at midday on Sunday 2nd December 1934. On the following day, a party from the ship found the bodies on the beach, just as they had been described by the captian of the Santa Amaro. There was the tiny skiff and beside it the mummified body of Nuggerud. A short distance away lay the body of Lorenz, weighing only twenty pounds. 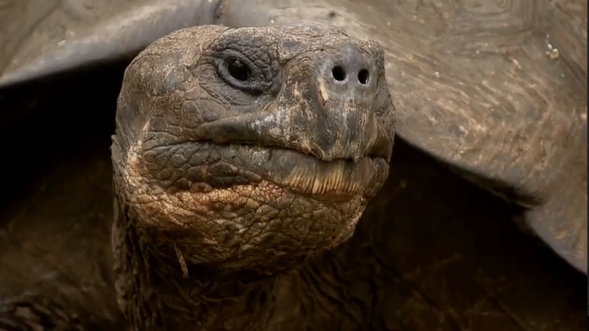 A 1930s murder mystery as strange and alluring as the famous archipelago itself. Fleeing conventional society, a Berlin doctor and his mistress start a new life on uninhabited Floreana Island. But after the international press sensationalizes the exploits of the Galapagos’ “Adam and Eve,” others flock there—including a self-styled Swiss Family Robinson and a gun-toting Viennese Baroness and her two lovers. Things would never be the same.