Your place or mine?
Yet, they will congregate on facebook. 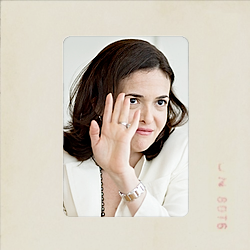 Sheryl Sandberg with a safe hand for finance politics.

Neil Perkin’s weekly letter made me pay attention to Chris Applegate. According to an entry on his personal blog, Applegate (read it here) has quit facebook, at least for now. A curious case, Chris Applegate is employed, by London agency We Are Social, specializing on social media. Bastian Scherbeck is running the dependancy in Munich.

During life, made acquaintances are being detached by increased distances or by losing interest. Facebook turns the natural alienating process around, and makes faces reappear, faces we wished to have left behind. For Applegate this is cultivating a retrospect way of life.

People we have wished to have left behind out of sheer disinterest, come back to life on facebook.

The currently introduced new facebook profile, based on a timeline of the user’s biographical data, amplifies the retrospect condition.

It cannot ever be a favorable condition, for people or brands to run after each other. It can only be favorable for people and brands, to do stuff (preferably ‘ideas that do’, coined by Gareth Kay) to the effect that will draw people to come and look up what they have done.