Only developers will wanna take a look at the source code of websites, right?

Having a look at the source code of German aggregator Bewegungsmelder, reveals a lovely gem of recruitment marketing by Germany’s touted creative lead agency, Jung von Matt. It says:

“Should you find the source code boring,
write your own.
Become a developer of front- and backend solutions
and mobile and social media apps
at Jung von Matt/Neckar.

Apply in brief at brigitte.dingler@jvm.de” 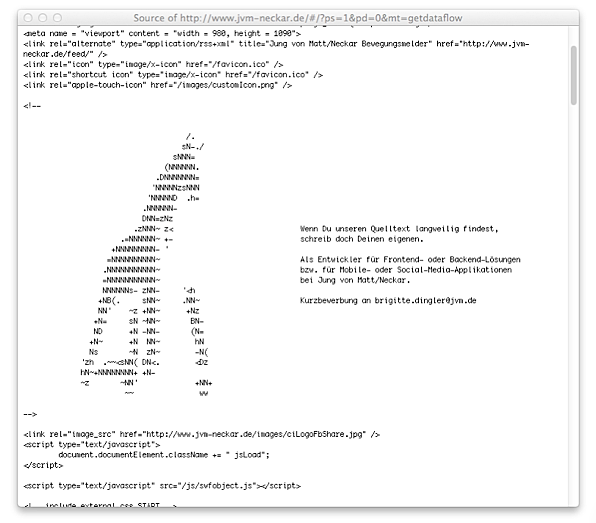