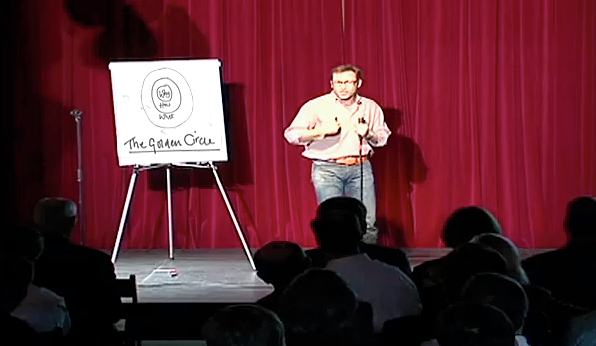 Who? What? Where? When? Why? – is how we have been educated to start our investigation. Police work, yet we are not cops.

Simon Sinek suggests to start with why rather, when communicating your reason being and/or your business model. 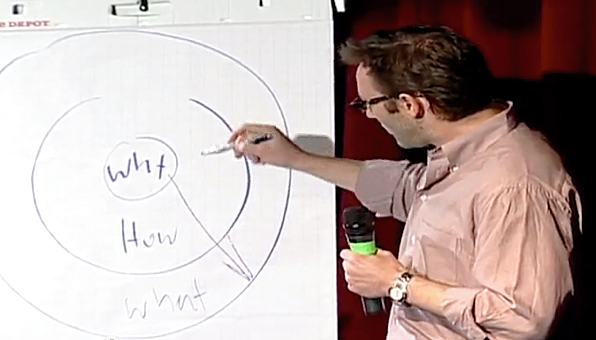 People don’t buy what you do, people buy why you do it

Perhaps this helps: It is said that a woman wanting sex will likely be successful when she feels sexy from the inside out and remains cool calm collected about it on the outside.

The biology behind the golden circle may even hold an explanation for why we seem to know things before we can rationally realize them.

Why we so often ignore facts and figures even though we request them and make a positive decision for what feels right.

The neo cortex perfectly matches the outer circle (what), responsible for language and rationality. The inner circles (why and how) correspond with our brain’s limbic system, a domain for decision making. 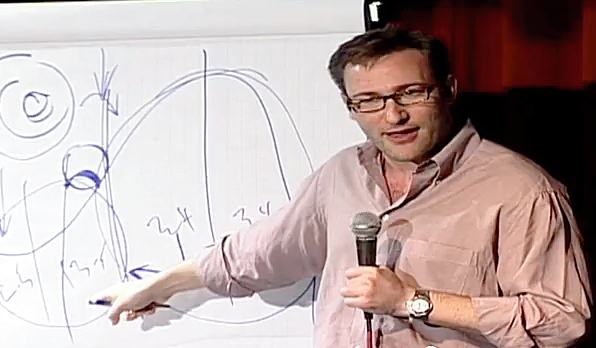 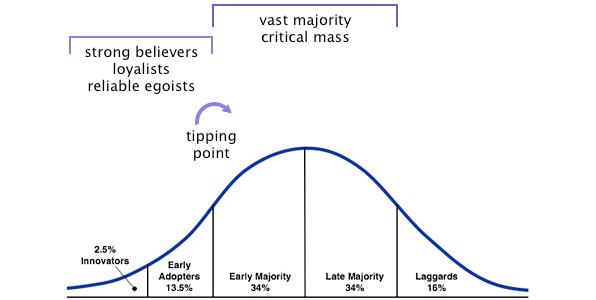 A case for egoists

Confirmed. We like to believe, that crossing the chasm is achievable with a networked bunch of egoists and active supporters and we have a continuously growing number of case studies to be optimistic.

True also, I am late with this and recommend revisiting every so often, much like David Ogily recommended reading Scientific Advertising seven times over.