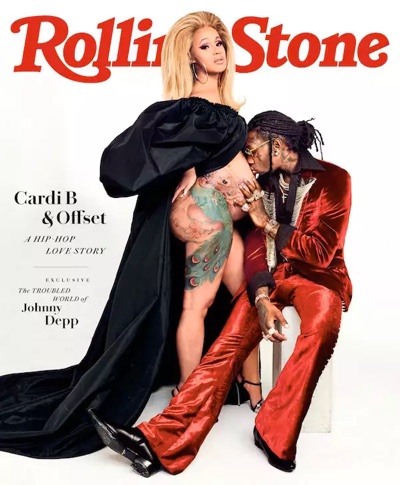 The new logo is following the tendency to flat design.

Apart from the flattened version of the logotype and some structured processing, the magazine and its website are rolling by without revising its content to adjust to new behavior that comes with the new era.

For the magazine to be responsive toward behavior in the new era, it would have to apply content of relevance to the mindset of kids. They would have to move their focus from rock to pop, From a male (productivity, rationalality) to a female (receptional, sensitive) perspective.

Should good design no longer dissolve in behavior?

…and that it’s alright. Let us embrace Newton’s law of marketing—for every trend there is an equal and opposite counter-trend. It’s easy to tell by its name sake, the Rolling Stone magazine, even though I have never held a copy in my hands, is hard coded in rock.

Now that Public Access TV has made us think that kids no longer like rock ‘n’ roll, where do they go to learn about music?

In defence of a throwback mindset

The Rolling Stone magazine people place their bets on the demographic change. People now live longer. And the Grandpas who dwell in the rock bubble have another 20 or 30 years to live. Both pitchfork and demographic change are more of a reason not to move away from hard coded rock. Even if they did, the kids would likely still go to pitchfork, and Rolling Stone would lose their die hard readers by the same token.