Something to look forward to 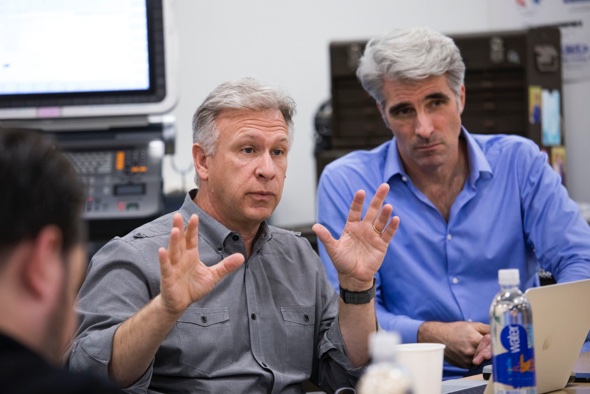 Phil Schiller and Craig Federighi, the two Apple head honchos we have grown most familiar with, have something to say to you. A confession in part.

They have gone out of their way to share insights. An invitation to come along on their journey though early product development.

Way to go perhaps, while trust in Apple is fading along with trust in everything else.

Matthew Panzarino reported for TechCrunch the other day. Apple are consumed with the needs and requirements of their creative community. Those they had left behind in favor of mass consumption by global mainstream. Those who had helped them gain popularity in the first place.

Apple was the machine in favor of the creative community and professional user. And it was better suited as international business machine than was Microsoft or IBM.

To speak so candidly about a failure and reset suits both Schiller and Federighi, the later was with us (with me, to say the least) as early on as during the NeXT years. Transparency as the new Apple confidentiality.