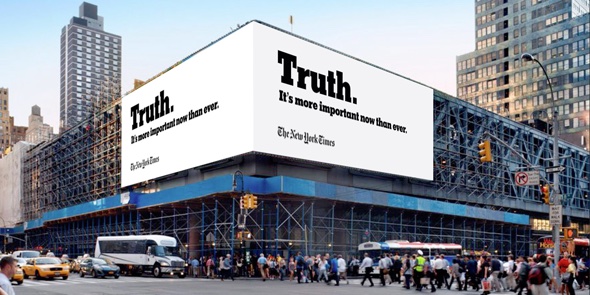 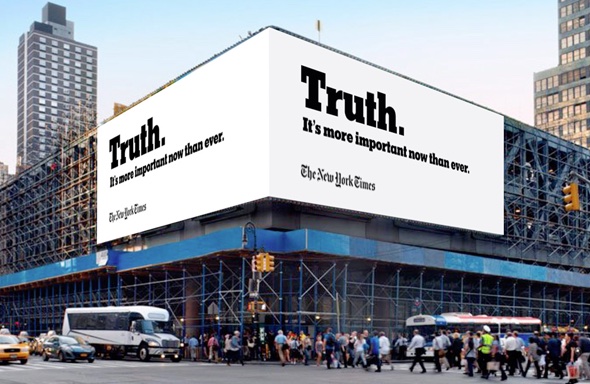 slanted truth
What’s true about the truth is that no one can stand it. We hate it. True is we live our lives in media. According to our President, much of media is fake news and alternative facts.

[1. Tim Nudd, The New York Times]The tense political climate in the U.S., and the Trump administration’s high-profile attacks on the media, have put many media outlets in the spotlight—which makes this a propitious time for brand messaging emphasizing the importance of quality journalism.

For first time the failing @nytimes will take an ad (a bad one) to help save its failing reputation. Try reporting accurately & fairly!

The campaign includes a 30-second spot that will air on the Academy Awards on Feb. 26 (where such ad slots are going for up to $2.5 million). The spot features audio of people debating politics, while on-screen text finishes the sentence “The truth is…” in various ways.[maxbutton id=”127″]