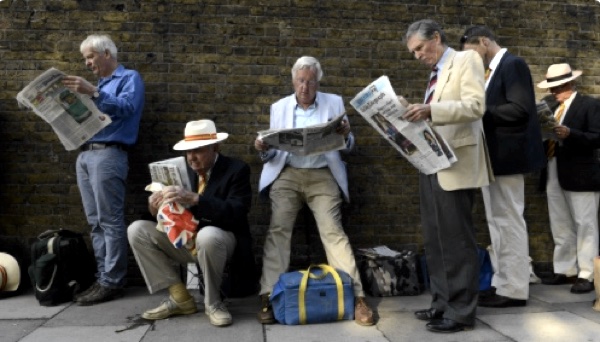 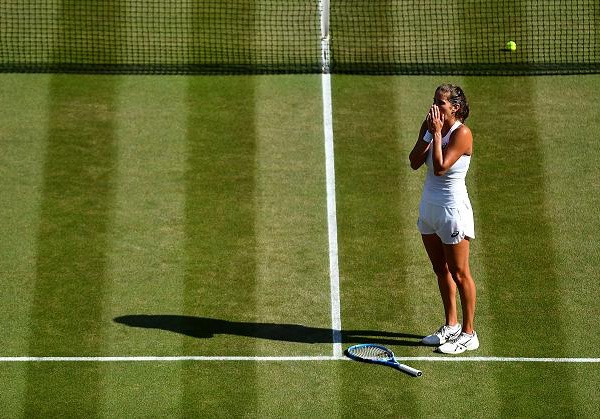 Two years after their last meeting in the Wimbledon final, Serena Williams and Angelique Kerber will clash again on the same stage. (Getty Images)

Quartz, a superb online edition by The Atlantic Newpaper devotes its attention to the most famous queue. That of Wimbledon. An opportunity to weigh accompanying trends towards political incorrectness against civil correctness and courage:

In some contexts, a queue signifies serious scarcity; in others, it’s an unremarkable part of daily life, or even a particular kind of status symbol. In all, there are unique aspects to psychology and local culture embedded in this primal activity.

The waiting game in the wake of the hunger games. Bread and circuses. Imagination takes flight at anything with a potential to dissolve into design (think behavior).

Elementary school teached us of British brilliance in behavior. How the Brits line up for entering the double-decker bus in sharp contrast to annoying peeps pressing to skip the line at any given occasion. Be it at your laundry place, your bodega, burger joint, or in winter at your ski lift. Brits can do it, others are presented a steep learning curve.

Is civilian obedience in a position to put political incorrectness out of power? Queuing instead of streaming at a time of breaking news and an insurmountable need for immediacy?

In art school, I sat next to the son whose father illustrated this unforgettable ad for a now defunct cigarette brand:

Hold it my friend. Who’s going to blow ones top? Have a smoke, then everything goes without saying.