Katz and Frank with their documentary exhibition Punk in Munich, Farbenladen, Hansastr. 31 – should you happen to be in Munich, Bavaria. 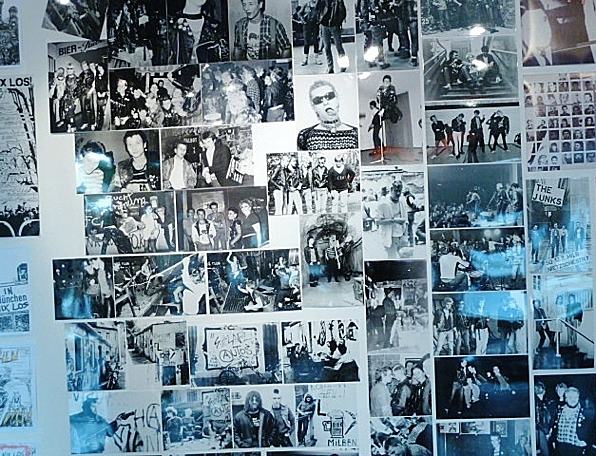 Lorenz Lorenz who was fun to watch back then with the unmistakably Ted, Thomas Bröse (behind Lorenz Schröter). ~ Nothing much going on in Munich.

A London visitor may return home with the impression, that punk in fact originated in Munich. 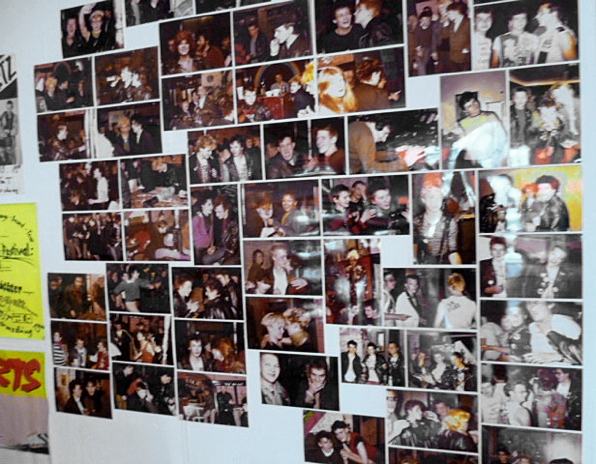 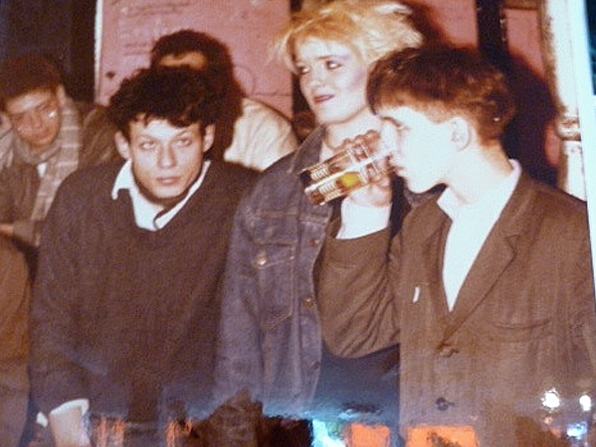 Peter Wacha (Upstart) familiarizing himself with Vodka straight up. 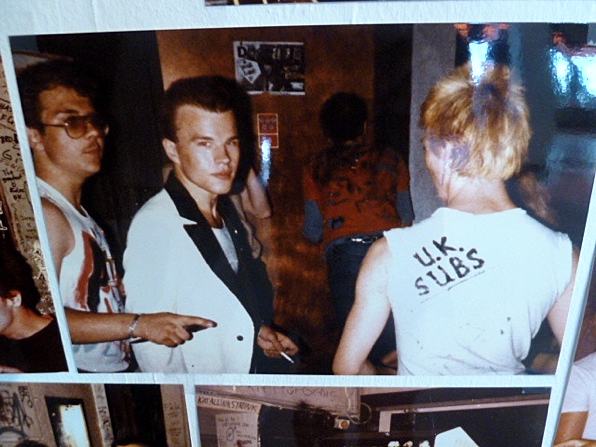 Thomas Kistner wearing a dinner jacket at the Lipstick Club

DIY: Witness a movement happen start to finish in under three minutes

Derek Sivers, founder of CD Baby, famously demonstrated the inner makings of a movement. Something every Munich punk by now has been contributing to for thirty-two (32) years.

What’s now called crowdsourcing and has become instrumental in politics and business, was at the core of legendary Munich Punk Sampler even though accidentally.

DIY: The Munich sampler was an accident

Much like today’s business successes (Google, Facebook & Co.), the Munich Punk sampler: Munich – Changing Tires Made Easy was an accident.