Pointer to the history of Cracker Jack told in parallax fashion 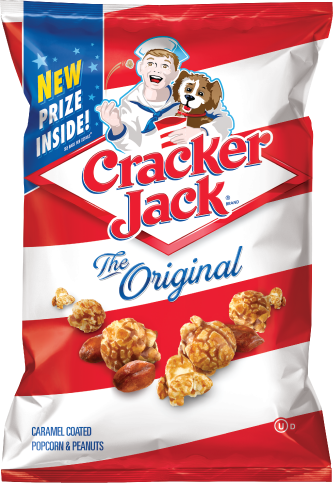 Current softpack, with the promise of a prize in every box still kept.

How this classic Americana snack became the longest-running product placement in the country’s history: 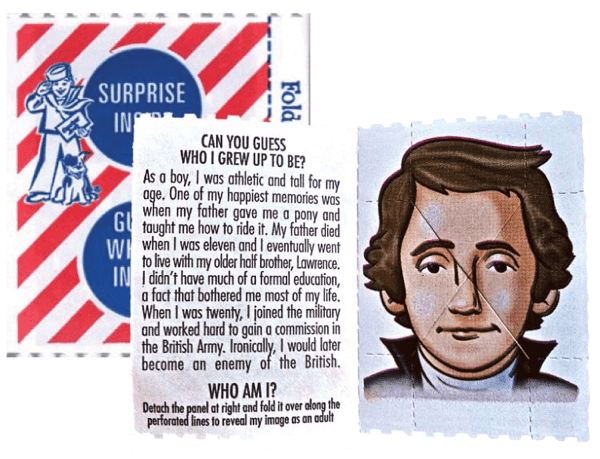 Cracker Jack promised “A Prize in Every Box” starting in 1912. It was a marketing tool ahead of its time: a low-cost incentive to buy the snack and the forerunner of those that later proliferated in breakfast cereal boxes. Premiums ran the gamut from rings to puzzles (left). All of them remain highly collectible, but none more valuable than the baseball cards introduced in 1914. It all came to an end in 2016, when digital technology replaced the cheap-but-charming tokens.