Person of the year

The Silence Breakers are Time magazine celebrated person of the year 2017.

Of some embarrassement, not just for you men, the nomination for person of the year, 2017, was conducted gracefully by Time magazine with results that may come as a surprise. 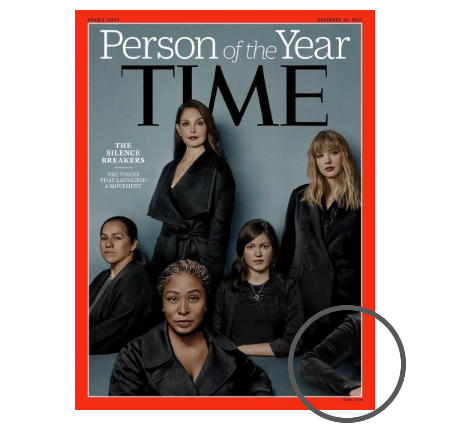 Representing the “The Silence Breakers”, five women are shown on the the cover of Time magazine’s person of the year.

Ashley Judd, Taylor Swift, lobbyist Adama Iwu, and Isabel Pascual, who is a strawberry picker and an immigrant from Mexico whose name was changed to protect her identity (you see her arm in the lower right-hand corner of the title).

A blow in the face of both, loyal Donald Trump supporters and men using their power for sexual harassment.