Ideas that do¹ require plenty of participation by all involved, understood purpose and shared relevance. When marketed, the idea should be direct and crystal clear in communication. The interface should be intuitive and as simple as can be.

McDonalds Germany executed such an idea that does, and determined in a crowdsourced effort, the most popular new burger recipes with a burger configurator on their brand site. Five burgers which received the most votes were then tested with their creators at a lab cuisine and are now available at McDonalds throughout Germany. 100.000 people invented their own burger and helped determine the most popular burgers by casting their votes. Starting today a tv commercial is being aired introducing the five burgers one by one and their creators. N.Y. Cheesebeef by Marko, the overall favorite burger invention is currently available at McDonalds in Germany for one week. Each burger gets featured for one week only. The ads have now also been made available on Facebook. Please take note that this social media campaign worked well without Facebook. All required activity took place on McDonalds brand site’s burger configurator, no facebook needed. And no money reward (or cheesy below the line incentive) was needed to get a hundred thousand people and their family and friends excited over the course of the past couple months. 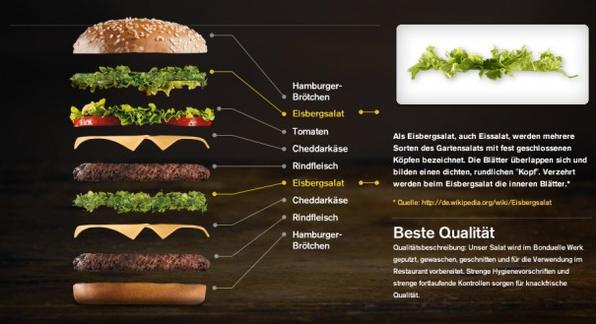 We now live in the age of ideas that do

Edward Boches: “We’re living in a time when the diminishing impact of traditional advertising and the consumer/citizen’s ability to control and influence media and content requires all of us to get better at creating utility, experiences and baked-in brand qualities, not to mention social value, if we’re to serve and guide clients in their behavior, actions and branding efforts.” (read more)

I’d be interested to learn how this idea was ignored by the jurors currently active at this years Cannes Festival. Any pointers? 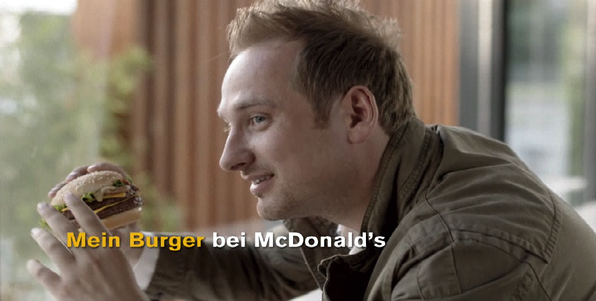 „My burger at McDonalds”

¹ ideas that do was coined by Gareth Kay from Goodby Silverstein & Partners.