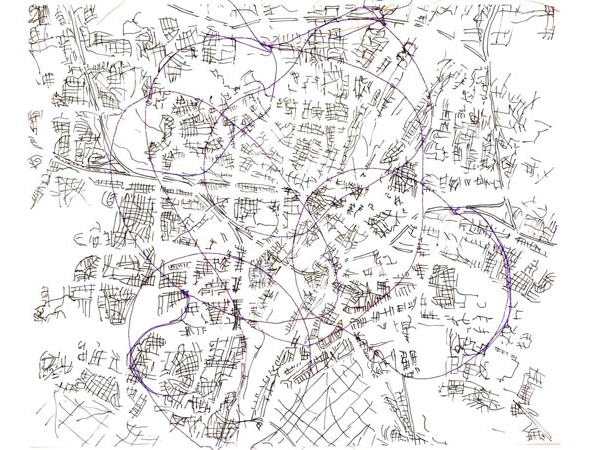 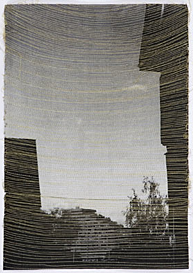 [/column]
[column width=”32%” padding=”3%”]
A fluorescent cyan splat hovers over a schematic Munich map, partially obscured. As you zoom in, the splat expands to cyan circles, each geomapping the exact location of events having occured in Munich between Januar 30 1933 and May 8, 1945 during the time of the Nazi terror. Each incident is being documented by sound recordings of narrations, newspaper reports and impact notes brought to you by the voices of children, actors and actresses.

Circular cyan indicators depict fates and events geomapped to places in Munich where they have occurred during the Nazi regime.
[/column]
I like looking at outlines as though drafted with a Rotring rapidograph. Architectural sketches not yet finalized, doodles and silhouettes. I also like listening to voices. When online or off, voices suggest closeness. According to German Prof. Dr. Peter Kruse the web’s secret sauce is to suggest the permanent promise of closeness.

Memory Loop is a web monument, not an idea that does. It allows people reluctant to visit Germany, yet wish to spend time with their Munich memories from a save distance to do just that.
Have a listen here.
[end_columns]