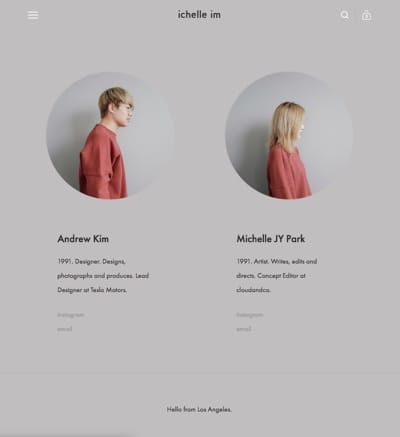 All eyes on Andrew Kim. Leading tech blogs agreed , when Kim published an unsolicited proposition for the next Microsoft. So he went to work on Microsoft’s XBox but moved on to be a lead designer for Elon Musk’s Tesla. His blog Minimally Minimal was a Mecca of the growing minimal tendency movement to pilgrim to.

What happened next may trigger a John Lennon/Yoko Ono deja vu. But Lennon/Ono did not bring down the Beatles and Kim/Park won’t bring down minimalism. ichellein.com has already reached a 405,148 traffic rank in the US. Half way there at the Alexa rank of 205,323 achieved by minimallyminimal.com.

Around April 2016 his blog entries had stalled and was finally quit to the benefit of Andrew Kim and Michelle JY Park getting married. The newly wed wanted to do something together. Something they would want to read themselves.

Learn the insights. On Andrew Kim, Microsoft and the breakthrough proposition for the next Microsoft:
[maxbutton id=”196″]

Was minimalism is not

So, what is minimalism?

The self discipline to restrict what to regard as nothing but useful, helpful, beautiful or bringing to it.