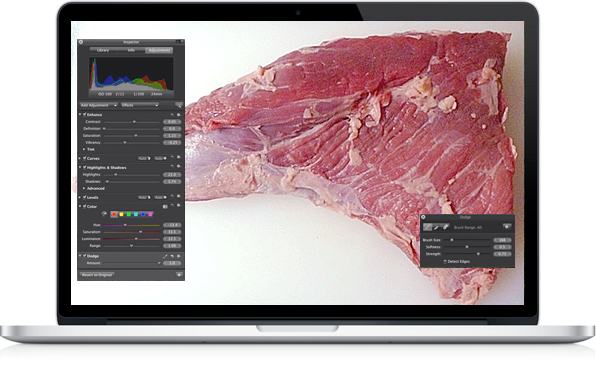 Mac Book Pro Retina displaying beef from food blog ‘the courage of others’.

“Apple’s WWDC Keynote Was One To Be Remembered”, is a recommended write up, I came across by Michael Harper for redOrbit.com.

Worries of a lesser commitment for desktop development in favor of mobile, have been put to sleep temporarily.

The announcement of power nap, may address issues I had with Lion and may eventually resolve what I took for a memory leak.

Here is another great article by Michael Harper with insights why developing OS X and iOS separately instead of one OS for both, desktop and mobile devices, as is the case with the upcoming Windows 8, may not be such a bad idea, avoiding a dirty toaster/fridge type convergence scenario.

I love typography and expect to see improvement in the handling and care of typographical design for the web, now that the display quality has surpassed that of glossy print mags.

View Retina samples in a side by side comparison to former display quality here on Mashable. 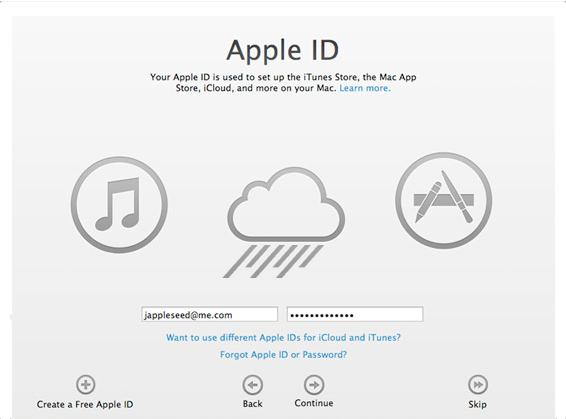 iCloud: When it rains it pours

No, it’s not the lack of a unifying theme, as Mark Wilson pointed out in his CoDesign article, the greatest fear is Apple’s consolidation of user data (120 Mio. users) in a centralized data center called iCloud, rather than fully supporting decentralized data, as it was wisely intended by Tim Berners-Lee as safety measure for us all.

I don’t share Mark’s fear of the Apple brand deteriorating due to the defragmented nature of this one Apple introduction, Mountain Lion is a much needed maintenance upgrade for Lion, as was the case with Leopard and Snow Leopard.