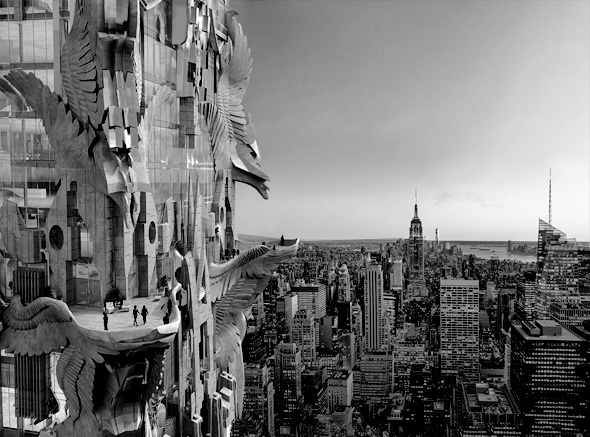 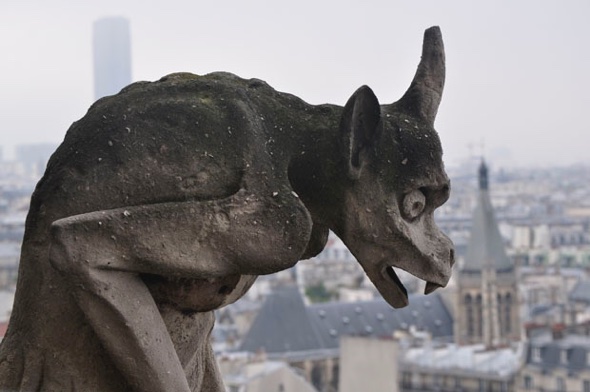 One of the many gargoyles protecting Notre Dame are killing simplicity.

Killing simplicity
We live in a universe whose age we can’t quite compute, surrounded by stars whose distance we don’t altogether know, filled with matter we can’t identify, operating in conformance with physical laws whose properties we don’t truly understand.

Bill Bryson, A Short History of Nearly Everything

Architects’ interest today in the philosophy of object-oriented ontology and its umbrella philosophy, speculative realism, is growing out of a frustration that architecture is increasingly justified by its relations and not by its own particular and autonomous qualities.

If one thing we know, it’s to embrace Newton’s law of marketing – for every trend there is an equal and opposite counter-trend[1. coined by Jim Clarke of Nitro, it was adopted a work principle by lesss.co.]. And if simplicity is needed to clarify disorientation as is the case with today’s still infant web, and communication in its early stage of assimilating emerging technologies, something quite the opposite is needed to have us love our urban surrounding and villages we live in.