It’s the little things that count 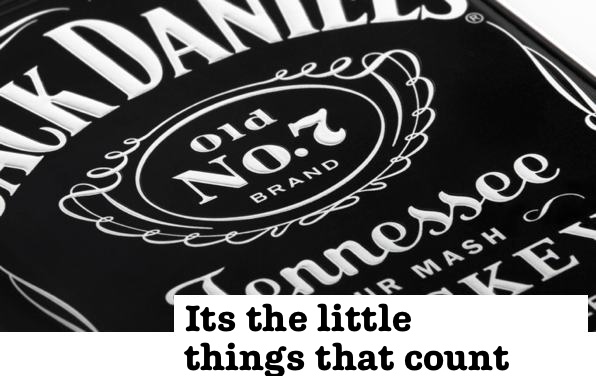 Earlier this month, Randi Greenberg reported for CoDesign: „Jack Daniel’s Gets A (Mild) Facelift‟. Minneapolis-based brand strategists and designers Cue, discovered and executed on the notion, that like every great brand, Jack Daniels needed to evolve to maintain its strength and affirm its authenticity in a changing world.

How exactly did the cue team help bring Jack Daniels into the new world?

To leave undone what needs no doing and to remove what could obstruct the brand’s core values and aesthetics was done right for once by Alan Calvin. Find a side by side comparison here. 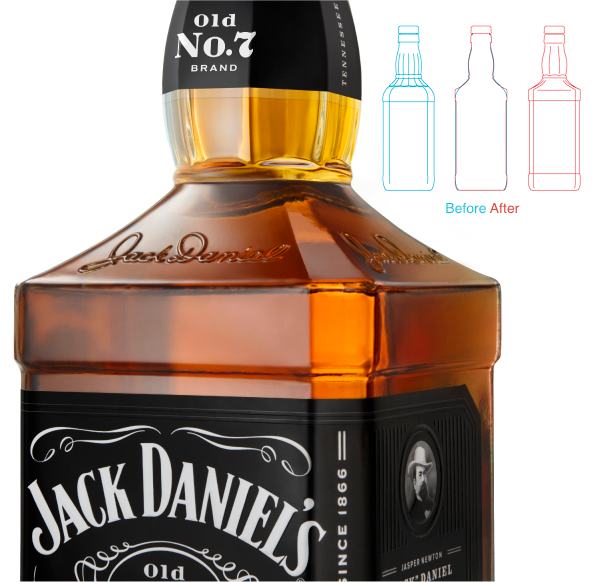 A Publix jingle from my days in Florida still rings in my head, it’s the little things that count. And Gladwell has written a bestseller on the topic, little things can make a big difference, and may I add both ways?

They did away with the phrase “Old Time.” besides reducing the emphasis on “Old” as it seems counterintuitive in the new world. The bottle’s shoulders were slightly raised and broadened, providing a less lemonade like silhouette as my girlfriend just pointed out.

Online, Arnold created a facebook application where users could view the work they’d created as well as make their own declarations with the handy little poster maker.

More on the Independence campaign over here. 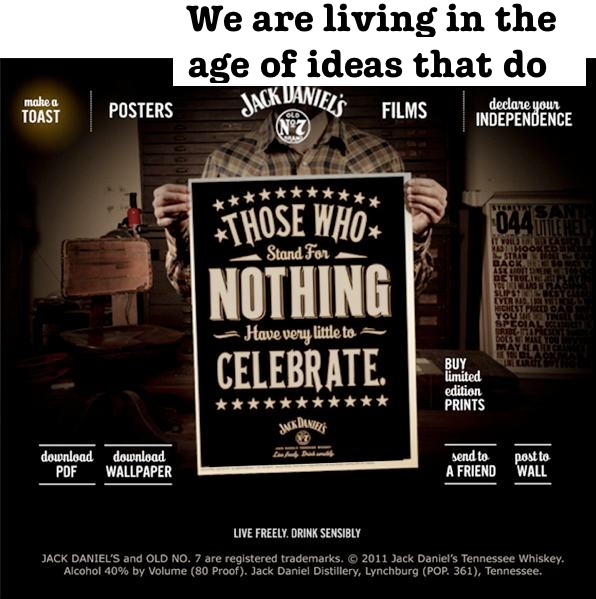 Ideas that do was coined by Gareth Kay from Goodby.