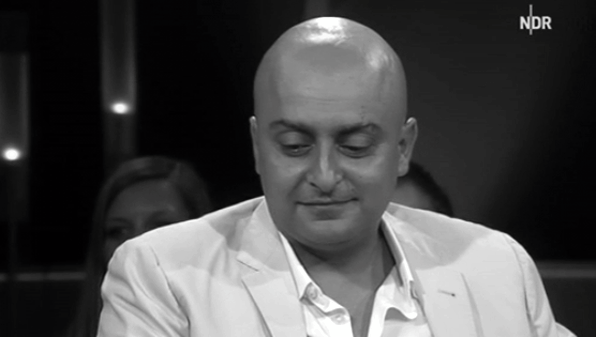 Times are a changing, when looking at the digital world, it occurs, that the people become all-knowing. As a marketer, I can no longer get away w/empty promises, since I am being exposed in real time.

Two sentences with which Amir Kassaei made the situation of the ad industry abundantly clear for a broader, uneducated audience on public German tv.
[/column]
[column width=”32%” padding=”3%”]
America too will love Amir. He embodies the American dream with a difference, thus far it’s an European story and a good one too. Amir Kassaei went from child soldier during the Irak/Iran conflicts to global chief creative officer of DDB by way of Iran, Turkey, Austria and Germany, on to the United States. He no longer travels in the trunk of a car but business class of his favored airlines. Despite VW being his agency’s largest account, he owns no drivers license.

Amir may be ill adviced to pay further lipservice to an earlier idea of Chris Clarke from Nitro (that of an agency model movig closer to being a respected, creative business partner aka McKinsey). Amir Kassaei has already brought back some of the magic to our trade. DDB Amsterdam have proven with The Fun Theory how to make the VW brand stand out in our post-digital age. A grabbag of ideas that do¹ and way to go. By creating ideas that do in our day-by-day, routine business, businesses around the world will likely come to respect us as their creative partners.
Please welcome Amir Kassaie to New York City.

¹ Ideas that do was coined by Gareth Kay from Goodby.
[end_columns]