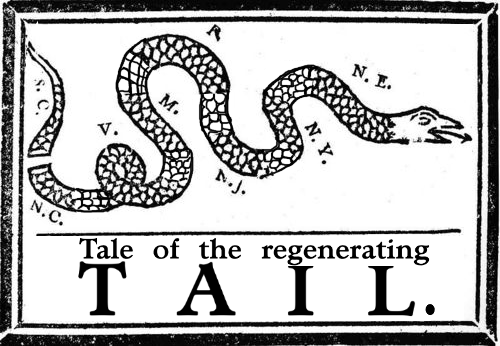 Not surprisingly for long tail marketing, the tail regenerates.
~ based on an illustration by Patrick Moberg ~
Courtesy of Patrick Moberg. © 2011 All rights reserved.

In the pre-digital days, the entrepreneur was sold on marketing and advertising by way of campaigns: pre launch, launch post launch. A campaign had a beginning and an end without any pre-existing knowledge on how people would react to any part of it. Both, advertising media and campaign planning were static. Businesses however wanted to be known as being dynamic. 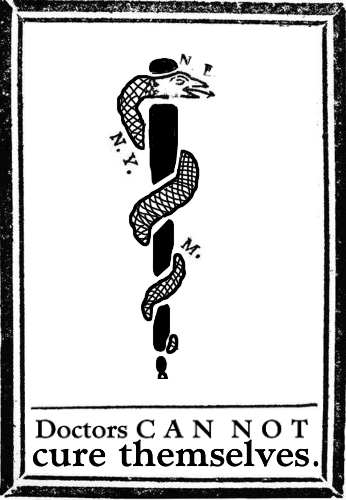 Entrepreneurs are never short of a solution.

Today wer are being swamped by a never ending flood of tools and applications, suggesting a permanent promise of closeness between the people and the brand. A claim that in technical terms is being made possible and allows easy handling.

Looking back still makes us smirk, gigantic far into the future reaching campaings ruled our day, based on little more than assumptions and manipulated statistics with no way of ever pre-determining the people’s reactions or fluctuations of the market situation. A marketing melt-down – that enentually becomes more obvious in the presence of Fukushima.

As early as 1800 in the very beginnnings of hard sale and direct response, practitioners such as John Powers¹ followed by Claude C. Hopkins, were rewarded their greatest successes, whenever they managed to surprise the public, make them wonder with little effort, on a small budget and frightingly frankness. All of which eventually turned into admiration more often than not.

John Powers received a call from a client one night, asking his help to prevent the bancruptsy from happening within days. Powers published an insert in the newspaper the next morning with a headline stating something the likes of: “Buy my merchandise, prevent me from having to shut down for good within days.” The people were concerned and the checkouts rang a storm. For the caller it became a successful business year.

Currently American Apparel is globally fighting for survival of its hipster fashion. Customers stay away and dept is pressing. American Apparel’s rather ingenious Dov Charney won’t bet his company’s future on empathy nor sympathy, even though he’s got plenty working in his favor, however Charney does not trust it to be a powerful enough motivation and so he rather bets his and his brand’s life on the old myth, that of sex sells.
[/column]
With a difference, it’s a hipster-flavor, contemporarily fitting sex sells, that is touching and exposes females and also men without the usual photoshop effects, resulting in a more authentic testimonial eventually returning people to their true identity. Which in turn makes the subject even more touchy, steamy.

A beginning trend in 2011, by which the entrepreneur is perfectly equipped for handling her brand communication with no agency involved: 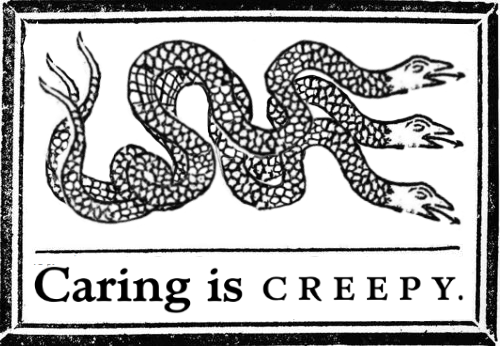 This is when the benefits of involving your customers in the development and communication of your product and brand, come into play. Due to the strategic use of social media, you are consequently amidst your consumers and surrounded by consumers actively involved in the history of developments, likely sharing their experience and ideas which may very well lead to resolving issues.

A little noticed circumstance finally comes into play, which is the actual determining dynamic factor, we no longer fall prey to the insanity of expecting long term campaign planning in advance. The entrepreneur moves ahead taking small steps. Listens for any occuring reaction upon which he acts accordingly and immediately. He stays flexible for whatever may happen next. [ Dell recently opened its listening center for social media in Germany. ]

Always on communications with consumer communities must endure once started [ a newer silliness wants to us to believe that a facebook- and twitter account is all there is to social media. ]. Traditional media such as tv, radio, print ads and billboard are complementing your communications, no longer are they at its center.

Long tail marketing is to communicatons what slow food is to McDonalds.
Amazingly, the tail regenerates just when we want to give up, and new learnings make themselves available when needed. A rather organic, natural way of conducting business to the better of the business as well as for the consumer.

Should a shitstorm occur, the business learns to deal with it. A new tail grows. We don’t fail from making mistakes we fail from not doing.
[end_columns]

¹“Print the news of the store,” said he. “No ‘catchy headings,’ … no smartness, no brag, no ‘fine writing,’ no fooling, no foolery, no attempt at advertising, no anxiety to sell, no mercenary admiration; hang up the goods in the papers, one at a time, a few today, tomorrow the same or others.”