I wish to interest my fellow gamers and Ryan Gordon to end this in favor of gameplay dynamics. Since our childhood, Stingray and I have been playing Unreal Tournament (UT99) with a small group of the every changing gamer generation. While the gaming industry has been marketing epic war games, independent clans have been building their own maps and modifying the game play, so that gamers won’t have to drag their feet, but can summersault through the air with reduced gravity. The favoured gaming environment is one that everyone is familiar with: The master bedroom, the bathroom, the nursery, the laundry room, the backyard, the environment in which all grew up and feel most comfortable with. You can see it in the later part of this flash movie by the ~SiN~Clan. No dark, doomed war scenery in sharp contrast for what the gaming industry trust to be a premium success factor with their games. 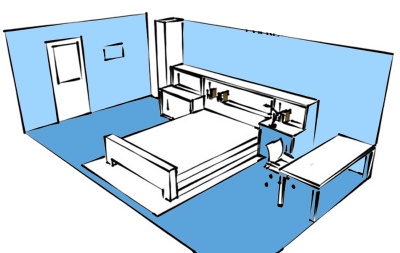 No war game but a fast and furious digital sport, where skills, Britisch sportsmanship, athletic spirit and abilities are mandatory. As in physical sport continuous training is required

With few exceptions, the gaming industry serves up war games with more and bigger war gear while wondering why first person shooters appear in the news in context of sniper attacks and school shootings.

A sport glove instead of weapons. Source: Ju-osh M.

For the game to work, weapons don’t have to be on display

It’s suffice to point and click and one day soon it might be wipe and tab. Get rid of the ridiculous first person view with its skeuomorph weapon hand, so you have full, undisrupted panorama view of the game action with a tiny dot for precision aim at its center rather than a hair cross. Top players have their view set up this way already. 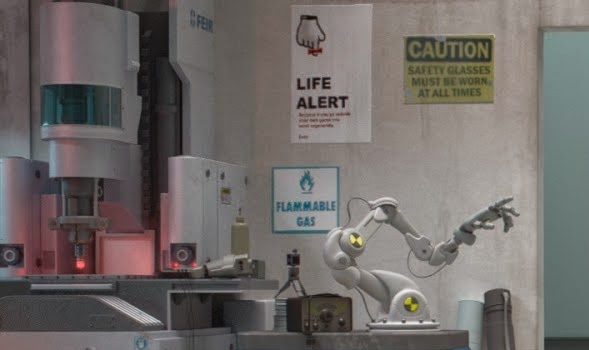 Pictogram evolution: How the hand gun became a pointer

Warfare won’t use weapons as the gaming industry (CoD etc.) wants to make you believe. Don’t be a reactionary fool, wars are fought by point and click.

By restricting the style variables less distraction from the actual game play becomes available. A more uniform, clearer and unobtrusive environment is accomplished including the avatar skins. Eye candy.

Hergé’s Ligne claire, should you be a fan of Tintin’s adventures. Back to the future with Disney’s 2 dimensional comic tricks.

Set impulses by Windows 8 Surface and Jony Ive for iOS und OS X, have lead to brutally simplified interface design, compensating for people’s exodus from desktop PCs to mobile devices. Why should gamers not profit from the trend of leaving complexity behind for simplicity? It should serve the gaming industry, clan leaders and administrators as best practice, for them to improve and benefit from their own advancement.

Gameplay doesn’t improve with the complexity of the set, it degrades. Think of a Wembley tennis match, would it improve with colorful, exploding tennis balls? Tennis has degraded with the introduction of non-white tennis apparel.

Businesses and politics must adjust to the change in people’s behaviour, why not the gaming industry and its players?

UT99 clans must rethink their tools and media in respect of social media and to people’s changed behaviour. No big deal and of little if any investment of time and money. A no brainer for game operators such as the dominating German Unreal Team run by Zeissel:

Thomas Zeisel, whose many dedicated game servers show a good number of visitors, could easily pull the lever with just a few changes and updates.

The man has done a lot for the gaming community. All I ask is to restart the community and attract new recruits so I can try get in touch with Ryan Gordon with numbers to show. When we get moving we can raise money on kickstarter, ask Justin Townsend for help and present a true and tried digital sports experience, real athletes will love and prevent Unreal Tournament from oblivion.

Two fellows from the long gone {SPORT} clan came up with the idea, of turning Unreal into an accepted digital atheletes game. Social acceptance will come a long way and we now have the means and utils freely available to grow the numbers of enthusiasts and recruit new players bottom up. Bad ass players are welcomed to install fear and fright by how skilled they play rather than from how dangerous they look and act.

A reinstatement of Hoser’s GMC is no bad idea either…