The most crystal-clear image of space ever 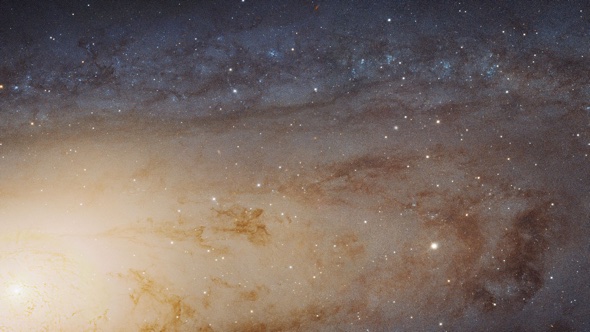 Amplifying a sense of insignificance, NASA has released its largest (60,000 by 22,000 pixels), most detailed image of space ever. Taken by the Hubble Space Telescope, it captures the Andromeda Galaxy, one of our nearest galactic neighbors at a mere 2.5 million light years away (Quartz).