Cash is the most common transaction without charges to an intermediary 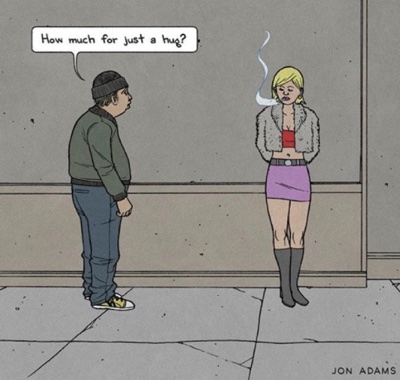 All the noise about cryptocurrencies, bitcoin and blockchain is way over my head. But it never seemed easy to cut down on the noise or get a good laugh at it.

Not until Kai Stinchcombe came up with the idea. The thought that there’s already a costless, instant way to exchange value without a middleman: cash.

Without a thought we are accustomed to cash for a lifetime.

Retail, family businesses, independent business owners. The acclaimed backbone of nation’s economy is to disappear with the demise of a cash currency and culture.

Ten years in, nobody has come up with a use for blockchain

Everyone says the blockchain, the technology underpinning cryptocurrencies such as bitcoin, is going to change EVERYTHING. And yet, after years of tireless effort and billions of dollars invested, nobody has actually come up with a use for the blockchain—besides currency speculation and illegal transactions.