Five guys with an even simpler business idea

Five Guys, a not all new competitor has entered the burger wars with an not all new business idea.

While the complexity of products and services have increased with authorities like McDonald’s, Five Guys get along with the simplest of measures and a rudimentary design, applauded by media authorities like the Washington Post and the New York Times.

We Americans feel reminded of beloved burger joints across the street, that have become part of our DNA impressed as unsurpassable. Something like the good old days is being triggered. The happy days in high school crawl up and can’t be denied. The radio played our songs, the backseats of cars were built to make out on and the sky was full of stars. That sort of thing.

Much of what’s been lost celebrates its comeback at Five Guys.

The burgers are wrapped in aluminium foil and handed out in brown bags that are being pulled from the market elsewhere. Fries are double fried and crunchy.

Not only does design resolve in behavior, learned behavior is at the core of Five Guys’ marketing play.

It doesn’t get any simpler, you may think and you’re in for a surprise. To top it, something that has almost slipped our memory is back: 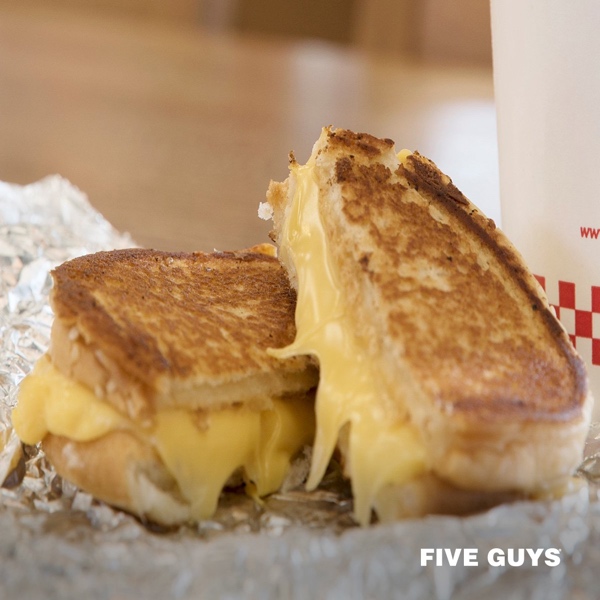 Everything here is in detail of rewarding rediscovery the simpler the better. There are no elaborate custom logo when displaying the name says it all. The name set in heavy Helvetica in bold red. A red that was used quite often in pre-digital times, when the light of the color was refelcted from paper and posters.

Digital times have changes the aesthetic of colors with the viewpoint of people starring at screens. With electronic screens the color of light no longer reflects from the surface of paper but reaches us from behind screens. 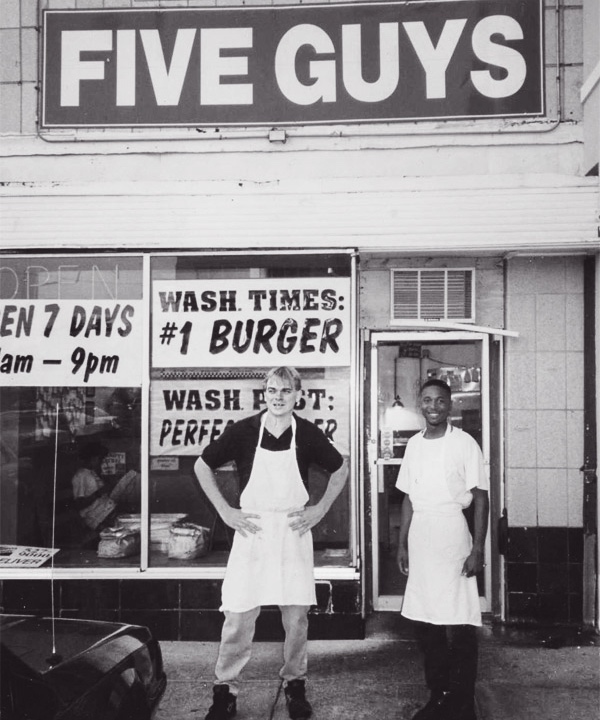 Five Guys comes across much like the world famous Katz Deli on New Yorks Houston Street (a few steps away from my former escape flat on Clinton Street) and shows references from authorities such as the Waschington Post und NYTimes. Das Mod checkerboard patters, I believe was stolen form Checkers burger franchise in Florida.

The preloader is part of this simpicity marketing mix.

So much for nostalgia, what’s with digital?

The website is a fabulous one pager with only what’s needed. Best practice even though not all content can thumbed up or down as with a papyrus role. (One Page Love take note).

Five Guys is runner up on Google+ as #2 and ever present with tweets since Dezember 2008. With the help of active followers and Fanatics stories Five Guys are enjoying global presence and expansion. 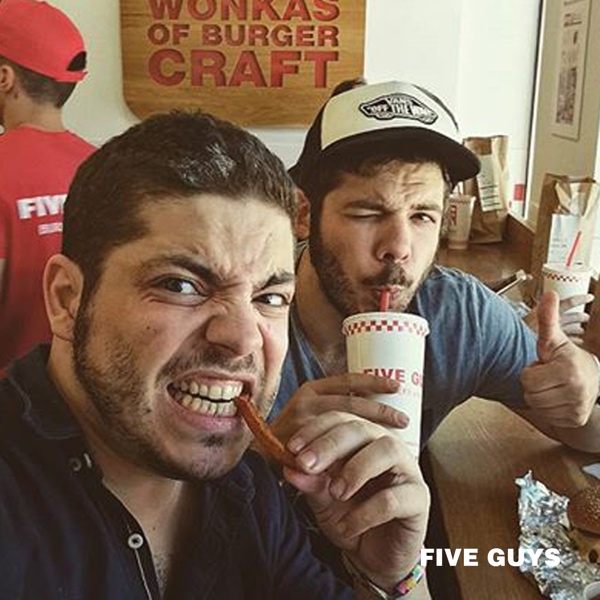 A first restaurant has opened in Frankfurt and I look forward to an opening in Munich. I also love and am impressed with their rather sloppy product displays, with buns looking squashed. Even though I know its part of the marekting game to achieve authenticity. No?

Oh, and the patties are fresh never frozen.