Burberry in the new world 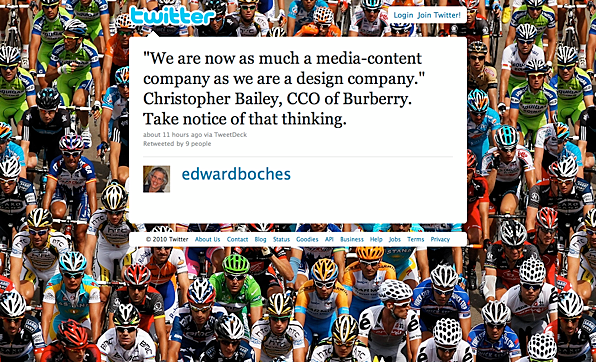 We are now as much a media-content company as we are a design company. Christopher Bailey, CCO of Burberry. Take notice of that thinking.—Edward Boches, Sep 13, 2010

Back in November 09, UK fashion house Burberry tapped social media with the launch of its very own, trench-coat dedicated social network: The Art of the Trench. 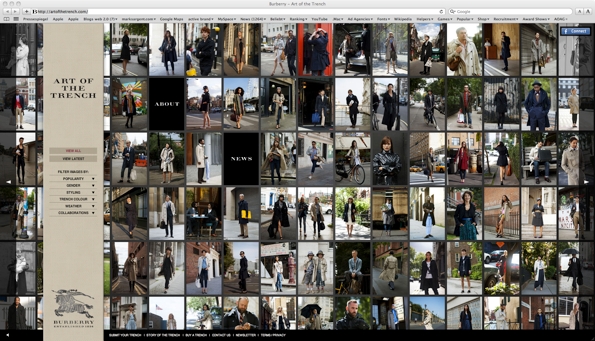 Consumer generated content for the Art of The Trench

“We are now as much a media-content company as we are a design company.” Christopher Bailey, CCO of Burberry. Take notice of that thinking.—Edward Boches, yesterday on twitter

Take notice of that thinking

CEO Angela Ahrendts and CCO Christopher Bailey have Burberry arrive in the digital age. The ‘always on’ behavior of her three daughters didn’t go unnoticed by the mother. As brands are shifting from traditional media and traditional mass-markets and moving towards channels which are more social driven and more customer-focused, Burberry has created an easy to use brand experience. It does not necessarily make it’s customers life easier but it can certainly make your day. I use the site as radio station since I love Brits beat and the music of the Maccabees. It’s not just user generated content, it is customer generated content: Take a picture of yourself wearing a Burberry trench coat and post it. Done deal.

Art of the Trench toolbox

Can it be modded?

We all know what a trench coat is and many have come to trust that Burberry manufactures some of the finest trench coats in the world. We know for sure that it is expensive.

Now who knows what a “Dirndl” is?

Who knows what the ‘Oktober Fest’ is? There you go! With close to 6 Million visitors, it is the world’s largest and most popular “Volksfest”, drawing people, from all over the world to Munich, Bavaria every year in late September. Since the seventies, the traditional dirndl has increasingly become a must for ladies visiting the Oktober Fest.

Excuse me while I digress

A world renown fashion house, specializing in Loden coats and dirndls taylors a seasonal Wiesn Dirndl,, however the marketing department found my approach scaring and was quick to decline interest in my public offering the idea of repurposing a proven and tried marketing concept even though this is how successful marketing works in the digital age. Talent imitates, genius steals, as Steve Jobs once explained Apple’s success and Faris Yacob coined his popular marketing blog. 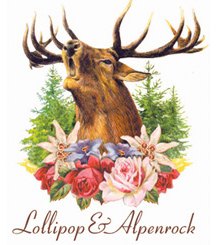 It is easy to get obsessed with dirndls and Bavarian vintage. When this happens one automatically is drawn to Munich’s iconic dirndl designer label ‘Lollipop and Alpenrock. Much like I seem to have an obsession with or love for Burberry, the lovemarks effect sets in and Petra and I have come to admire her style and history, her playfulness and sobriety with tailoring modern day dirndls for demanding dames and society ladies. She obviously has a hand for public relations. No wonder as she has learned her craft from Vivienne Westwood and it shows. Her name is Lola Paltinger.

Now take the Burberry success, replace trench with dirndl and remember that wearing a dirndl is now a must when crowding in with 6 Million Oktober Fest visitors. You have all it takes to launch a modded social event which can easily be carried over to next years october event and contribute to igniting sales in the 2011 dirndl season. Once a brand occupies this space it owns the space including unmatched cognitive association of October Fest-Dirndl-Must have-brand name.

Much like Burberry is a prestigious brand best known for its trench, Lola Paltinger is the tailoring heroine for outrageous dirndl dresses favored by celebrities. 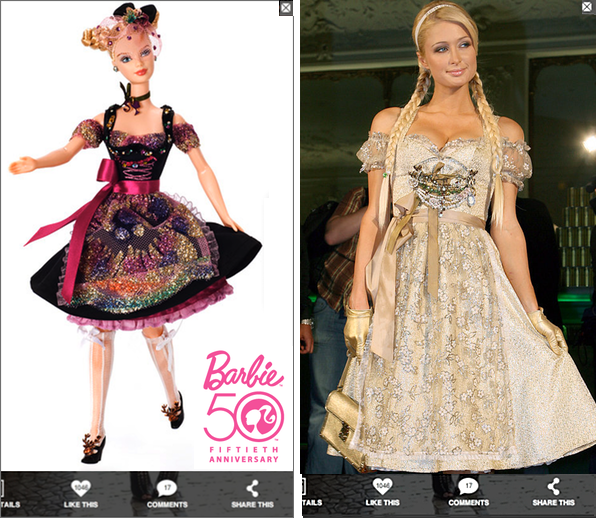 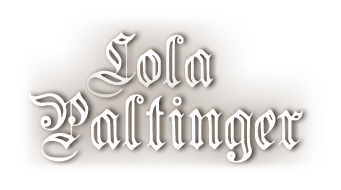 Paltinger, who was an apprentice of Vivienne Westwood and a designer for H&M, designs two collections per year, one for spring and one for autumn. She has made a name for herself with reinventing the vintage Bavarian dress of the farmers wife, the so called dirndl. Wearing a dirndl has become a must for visiting the Munich Oktober Fest. And wearing a Paltinger Dirndl has become a must for society ladies.
Paltinger designs cost anywhere from €1800 und €2200.
Paris Hilton, Franz Beckenbauer, Boris Becker, Giulia Siegel, Sarah Kern and Nina Ruge are popular Paltinger customers.
October 2006, Lola Paltinger became mother of a son named Lio.
Since May 2007, Lola Paltinger also sells her designs at Home Shopping Europe [HSE] under her label ‘Himmelblau [blue sky].
Source: Wikipedia