A better way of going back 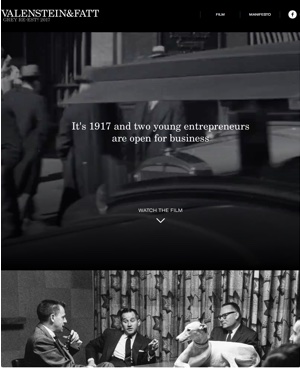 A better way of going back

One pager with a purpose

It’s 1917. New York is booming. Two young Jewish entrepreneurs, Lawrence Valenstein and Arthur Fatt, set up a company. But anti-Semitism is rife. Their names could cost them business. So they call it Grey, after the color of the wallpaper.

Now Grey found a better way of going back with a mission to defeat the nostalgic frenzy and sentiment the world is consumed with these days. In an appeal to diversity Grey takes on their jewish name and branding to help us stay away from nationalism and show opinion.

A Grey alumni and supporter of Rob Hope’s idea with one page websites, I am thrilled to see a brilliantly executed one pager support their campaign.