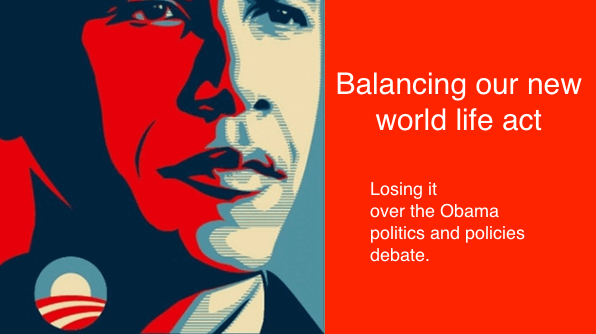 [column width=”47%” padding=”3%”]
Like most of us, I follow the general media not blogs for keeping up with important world events. A New York Times article exemplified what could turn the ongoing debate of what the general public perceives as an instability of Obama politics and policies into an ugly drama of swapping losing hope in the post digital era for reactionary powers carried over from the pre digital age.

As if that could do us any good. By no means a good fit for challenges placed upon us by predominantly pragmatic times we are dealing with today.

Poor little fellow Americans, has our president been doing what we asked him to do and make best use of his legislature to endorse policies to make change happen for while the legislature lasts, and has he not been paying enough attention to you poor little souls while he was busy at being pragmatic?

How rude, the man has played out policies and neglected politics while planning Obama 2.0. After all the entire world wants this man to succeed and America to regain world leadership.

If not as economic power, then as thought leader, technology leader and change management champion. Which in fact should result in economic leadership if played well and thus far it has been played well.

[/column]
Nothing so wrong with making the best use of his presidency and endorsing policies to make change happen most immediately as long as legislature lasts. 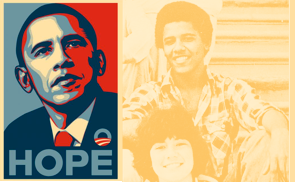 It really is hope or nope for the rest of the world as well. It is as simple as that there is no alternative.

Or is there? World war III with the best trained and equipped army in the world to win the war? Yes, that could work, however the stakes are high and satisfaction would by no means be guaranteed. In pursuit of happiness hope is the better option than nope.

Obama has as much standing in the world as did J.F. Kennedy. If anything, Obama 2.0 is here to fulfill the promise of permanent closeness and help us get our new world life act into sustainable balance.

Obama never said yes I can, he said, yes we can.
[end_columns]