Speak english and boost your career

Babbel invites you people to learn a foreign language without being pushy—offering entertainment instead.

An entertaining, more so exciting aspect mixes in—should you be up for it. 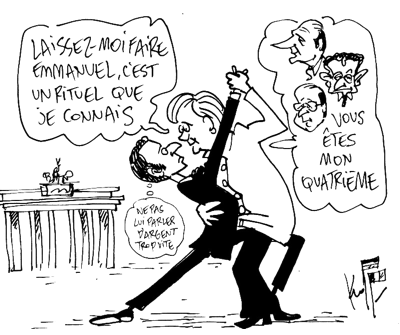 The negotiations with Merkel and Macron on the future of Europe I believe, offers an opportunity to make up for digital sluggishness and counteract thus possible, future imminent, economic decline.

For Germany (8 years of continued growth) in the merger with Macron’s France it’s no utopia, but a real possibility with determination and setting an uncomplicated course. Even when imposed by state law, which Germany is capable of with its law abiding citizens.

Unlike a statement by Ralph Dommermuth, published on February 3 by German newsmagazine Focus, statistics support the idea that , 511,81 Mio Europeans can make up to the lead and 25 years of advance in digital technology of 325,44 Millionen Amerikanern.

Keep in mind that Germany has more than once proven an enormous bounce back quality once everything is lost. Think of the two world wars.

Spoiler Alert
All is lost, seems an prerequisite.