An introduction to autumn issues 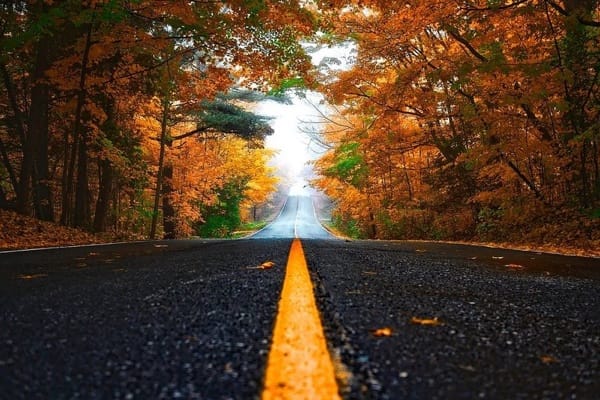 As promising as “Illusions of Grandeur” may sound, all it translates to in German language is megalomania. Source: Atlas Obscura.

Nature abhors nothing, not even the wasteful intoxicating noise of colors. Nature’s yearly reoccurring megalomania. The painting from along the Hudson river, upstate New York is by Albert Bierstadt a German immigrant from Solingen. 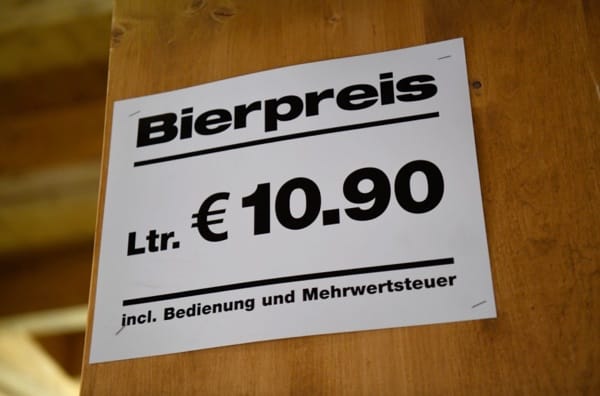 €10,90 is the price you pay for Munich brewed beer at this year’s October Fest, as announced by the local papers. (Photo: dpa / Süddeutshe Zeitung) 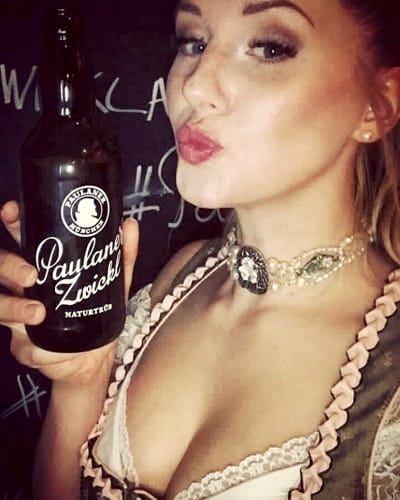 Acutally the tendency since 2016 is for the traditional Dirndl to be worn in a high necked way…
Source: Marco Eisenack, Mucbook.

It defies the cold and wet, that there’s only a successful start into winter to report from Munich. See handclapping crowd at the beer tent. Source: SZ.de“

With today, autumn is here. The so-called Indian Summer, as much preferred season by my protestant friends in the Bronx, is of no issue in rained on Munich. Just now we witnessed a traditional costume procession of some nine thousand people, men in traditional short leather pants and beer kegs drawn by six studly, cold-blooded horses. Among them a huge ox drawing a tremendous barrel.

Hans Haas, the incredible cooking legend from Munich’s gourmet temple Tantris, serving 120 guests each night. Thereafter he’s got the strength to conduct cooking courses in which nobody gets left behind.

There are the ones, may I call them utopians? The ones that want back to something they can only recall from hearsay, offering forgiveness of shortcomings and a deep desire for irretrievables to be returned. Bavarians however know: „Für’s G’habte aba gibt dir da Jud nix.“ (The jew won’t grant you anything for what you have had.)

It is now as good as it never was for the greater majority. They are consumed with calculating how to get the most out of their vacation and granted sick days. One luxury issue is a bad ache for a place in the sun. And be it for only seven days. 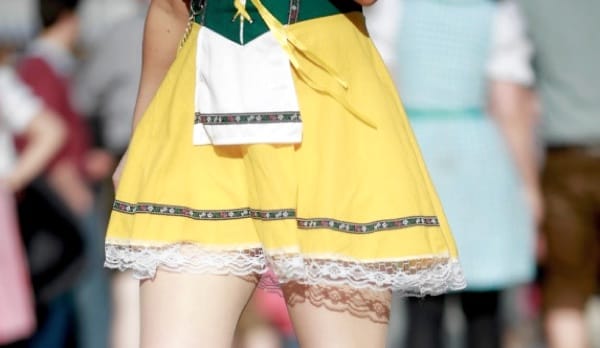 Then we’ve got those, full of zest, whose days run short and years quickly chip away. For them its been as if last years autumn has just passed minutes ago. Was it not minutes ago that a traditional costume procession of some nine thousand people, men in traditional short leather pants and beer kegs drawn by six studly, cold-blooded horses. Among them a huge ox drawing a tremendous barrel?

To them girls in low cost traditional Bavarian clothes are well worth the desirous glance as some are in sedate Lodenfrey fashion.

Much like nature, they abhor nothing and accept the steady change of seasons, in which every period offers something of its own.

After all cooking legend Hans Haas, who makes use of the hard to define word normal in an ever changing landscape… He had something of significance to offer from his wealth of experience:

It was all so into each other not so separated