This is about making a hard working brand work even harder. American Apparel summer sale is on with up to 70% reduced clothing articles. Go shop your heart out. I am a 55 year old advertising man in business since age 17 and I am a wanna be digital marketer since 1986, with early beginnings in New York City, when the web was but a grab bag of hypertext with green and blue reference links. AA ranks highest in the inner listing of most adored companies in the mind of the adman I am. It’s perhaps the hardest working brand out there in favor of the new world, working its industrial strenght branding moore and better than others. American Apparel is old school and you may wonder how come, with a reputation for provocative, outrageous ads?

Dov’s old school which is why the company is old shool. The man is a hands-on, self-made, grass-roots underwear manufacturer, seriously into manufacturing, with what you may call a true heritage and upbringing. If you want to get things done, you must do them yourself, may be his motivational driver. I was hooked to AA instantly when they went to market nearly a decade ago, having been raised on wearing sweatshirts and sneakers like any American, even though I was born and grew up in Munich Bavaria, since Dov had the idea of creating fashion based on good old sweat fabric. 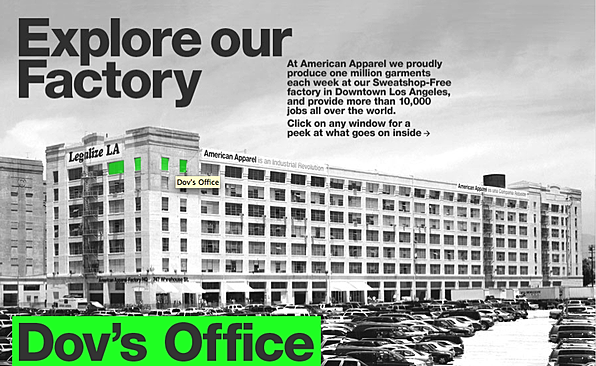 True it is essential to make it transparent for people just how American Apparel works and how AA’s engaged in making clothing manufacturing, contribute to a better world, no high hopes though that this will result in improved sales anytime soon. Expanding the hipster identity to involve mainstream America will result in improved sales. All American Apparel

Consider intensifying your social efforts by rolling out an All American Apparel social campaign much like British Burberry did to refocus its brand around its bestselling trenchcoat with The Art of the Trench, in which every US state gets to show off exactly how each of the states makes use of American Apparel clothing according to its very own customs. Intensify the American Apparel experience by crowdsourcing each state’s local customs, leveraging the hipster identity for all Americans. Outfit local state photographer heroes and heroines to get things started, the likes of Laura Taylor for her homestate. The role of AA and its creative department is being an enabler and curator of all american content aggregated with this campaign. – Remember the no logo roll out of the Saturn car some 20 years ago? All of a sudden a Saturn car would be seen at every street corner thoughout the US. Why? People had the impression it was a new car built by people for people and had no idea it was but a GM campaign. With All American Apparel, American Apparel will show American made clothing worn by all Americans not just LA downtown hipsters. Each state will own its very own AA identity and will no longer be domintated by Los Angeles (or New York for that matter). 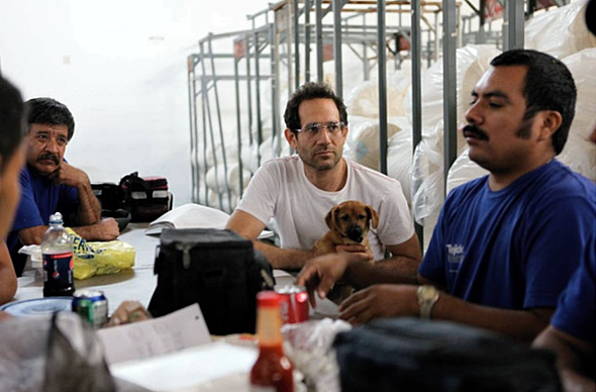 serious craftsman: the man with the puppy is also a brilliant marketer