Can sex really sell Israel? was Tim Nudds question he asked in an Adweek article. He wondered that so far there’s been little opposition to the campaign.

That was in 2006, when the campaign aired in Great Britain and Northern Ireland. Today, you can watch it in the commercial breaks when in Germany. While we, with the relocation of our TelAviv Embassy to Jerusalem, even though only symbolically, recognise Jerusalem as the capital of Israel.

A a two-edged gift to Israel’s population, placed in time for
8 days of Chanukah nearing.

I have already received a second cautionary advice from Munich’s Embassy:

As part of the Department of State’s continuous efforts to provide U.S. citizens traveling abroad with information about safety and security events, we are updating the Worldwide Caution with information on the continuing threat of terrorist actions, political violence, and criminal activity against U.S. citizens and interests abroad. This replaces the Worldwide Caution dated September 14, 2017. 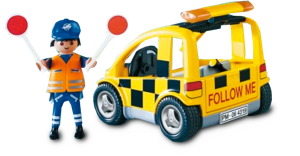 Who does Jerusalem belong to?

The international legal and diplomatic status of Jerusalem is unresolved.Brian Whitaker. “Rivals for holy city may have to turn to God”. TheGuardian.com. 21 August 2000.
“Disney response on Jerusalem exhibit calms Arabs”. J. The Jewish News of Northern California. 1 October 1999.
Deborah Sontag. “Two Dreams of Jerusalem Converge in a Blur”. New York Times. 21 May 2000.].