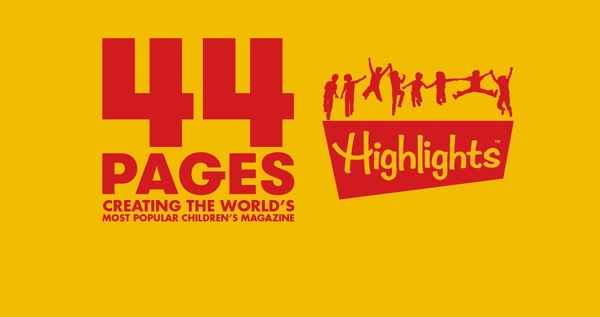 Poster for the film documentary of the world’s most successful children’s magazine.

Remember Highlights, that children’s magazine that would populate the waiting room in every doctor’s office across the country to distract your attention from the reason you were at the doctor’s office in the first place? Well, it’s still going, still a family business, and still based in a stately mansion in Honesdale, Pennsylvania.

Producer Rebecca Green, who lives in Michigan, and director Tony Shaff’s new documentary gives us a ringside seat for the production of the magazine’s 70th anniversary issue, introducing us to the editorial staff members committed to keeping Highlights relevant and fun in a changing world. (Source)

Watch it on Apple iTunes.

In sharp contrast to grown-ups, kids seem to know, that the past couldn’t have been better than at their presence in time.

Still based in a stately mansion in Honesdale, Pennsylvania.

We have new technologies to thank for constant updates and for the rapid diffusion of knowledge and the zealous deployment and distribution by ordinary citizens.

More than a billion copies reach children all around the world.

Publishers learn how the Highlight team copes with transformation. On Alexa their website ranks 135.849. You bet, there is more than one app out there.

From the first editorial meeting to its arrival in homes, this film tracks the people who passionately produce this monthly publication for “the world’s most important people,” …children. Along the way, a rich and tragic history is revealed, the state of childhood, technology, and education is explored, and the future of print media is honestly questioned.